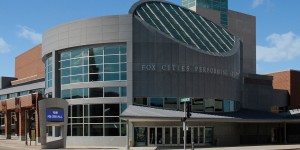 The Boldt Arts Alive! Series returns, bringing cultural, adventurous and passionate performances to the main stage from all over the world. All of these performances will take place in Thrivent Financial Hall.

The new Spotlight Series brings an intimate, interactive experience to the forefront, making the beautiful Kimberly-Clark Theater its home. This space is perfect to highlight cabarets and create an atmosphere for audiences to immerse themselves in the performance and to place a spotlight on extremely talented performers.

Kennedy Center Theater For Young Audiences on Tour
Elephant & Piggie’s We Are In A Play!
April 8, 2017

KIMBERLY-CLARK BROADWAY ACROSS AMERICA – FOX CITIES SERIES
The Kimberly-Clark Broadway Across America – Fox Cities Series brings the latest shows from Broadway and the West End to the Fox Cities. Back by popular demand, The Book of Mormon will open the series. The 2016-17 Season will celebrate the classic performances of The Sound of Music and Cabaret along with brand new Broadway hits Finding Neverland and Beautiful-The Carole King Musical and the West End success, The Bodyguard. Season specials include return engagements of Mamma Mia! and Wicked.

Fox Cities P.A.C. President Maria Van Laanen said, “The 2016-17 Broadway Season is filled with familiar, beloved music and stories presented in new, exciting ways along with returning Fox Cities favorites. It is the perfect season to share with friends, families and new generations of theater patrons.”

What To Do Downtown Appleton This Summer